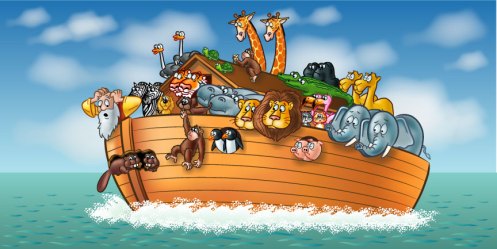 I’m just like Samson or David or Noah, so it is ok!

Ever met this guy/gal?  The one that is in the midst of acting like, well, a regular old sinful person like most of us and to whom friends are trying to speak gentle words of rebuke.  The one who rather than listen to good counsel up and decides that he is not really cheating on his taxes or lying to the county property inspector, he is actually acting just like an Old Testament hero of the faith.  Gideon fought with the rulers, why shouldn’t I? he rationalizes.

Samson, David, maybe one of the prophets, their example is brought out from the pages of the Bible, stripped of context and slapped on to fight off the questions and doubts that come when we have lost our way.

It is always surprising because you rarely realize that you have a 21st Century version of Daniel in your midst, but as soon as a dispute has broken out among believers – there he is in the flesh.

” I like Daniel, am justified in not apologizing as asked to. Daniel prayed openly when he was told not to” or similar rationale is thrown out there and that is that.  Who in the world can argue with a returned Old Testament prophet.

The problem is that though there are times where we play a role similar to the great men and women of the Bible, the spirit that makes us want us to compare ourselves to Daniel is most often not the one that directed Daniel.  The Spirit of God exalts God and results in humility in the vessel He brought to new life.

How do we know?  Well, examine the words of another often cited example of pillar of faith, Paul.  Paul was an amazing man of God, a chosen vessel according to God.  He was an Apostle and perhaps the most accomplished missionary in history.  He changed the entire world for Christ and got to visit heaven and come back while at it.  Yet, how does he describe himself?  As chief of sinners, as doing what he does not want to do, as a lowly slave or the servant who would have been chained to the oars in the bottom of stinking ancient galley – just pulling the oar day in and day out.  He never exalts himself, just Jesus.

Even when Paul does reveal his trip to heaven, he does so reluctantly and refuses to divulge all that he saw, it would be unlawful he says.  When Isaiah has his vision of heaven and the Lord, what is his takaway about himself – Woe to me, I am ruined, for I am a man of unclean lips.  Encounters with the Living God result in glorifying God and great humility in man.

Compare this with the heaven tourism books that we all love to read these days.  I, me the guy on the book tour and talk shows and selling movie rights, went to heaven and this is what I saw – rainbows and puppies.

John the Baptist is called the greatest of the prophets by Jesus Himself – an amazing title when you think about it.  But when Jesus revealed Himself as Lord in John’s life, what was his response?

He (Jesus) must increase, I (John) must decrease.

Though John was unbelievably blessed by God and chosen for a mission, an encounter with God Himself necessarily resulted in humility.  Why?  Because he truly saw the Lord, his Messiah and understood that everything is about Jesus, not John.  John is just a claypot with a message, a servant who works hard for his master.

So how does this natural humility get along with a desire to compare oneself with men and women that God has chosen to be great figures in His Word?  Generally, not very well.  Personally, I am more often Peter arguing with God and told to get behind Jesus, Satan than I am Peter going to Cornelious’ House.

But when we are in right relationship with the Lord, we are meeting Him on a regular basis in worship, prayer and Bible study, we just don’t care what we are called or who we are compared to – as long as we are following the King.

So check yourself before you head down a road that you have laid out by comparing yourself to Noah or Abigail and make sure that that road has been laid out by the Lord and any glory will be reflected upon Jesus.