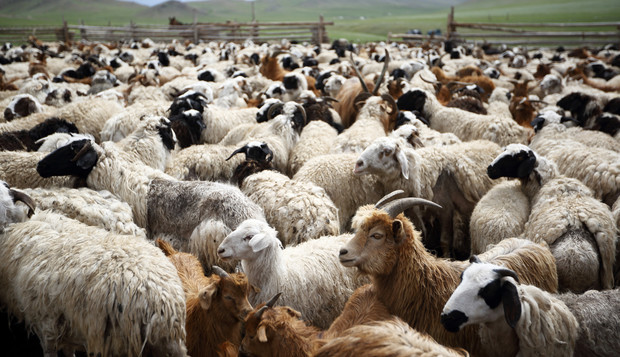 But each one should build with care. 11 For no one can lay any foundation other than the one already laid, which is Jesus Christ.

Fascinating section of Scripture here in 1 Corinthians.  Paul is writing to a church that he founded a few years prior and reminding them of two hugely important fundamental truths of the Christian life.  Do you see them?

The first is contained in verse 11, there is no other foundation than Jesus for a life of faith – a fact that can appear somewhat obvious at first blush.  You are not going to be a very good Christian if you claim to follow the works of Buddha or worship the Allah of the Koran.

The language used by Paul is more challenging to us though than just saying that we cannot build on a different foundation than Jesus.  In the original language, it indicates that we cannot have another foundation alongside of or intermixed in with our foundation in Jesus.  We cannot add in a different version of Jesus or new prophet into the mix, Joseph Smith, Mary Baker Eddy, or Ellen G. White and have it be a stable bedrock upon which to build our church.  That would be like baking a cake and adding a whole bunch of different ingredients not listed on the recipe and expecting it to taste the same.  It might still be kind of like the original, but it never can be the same recipe.

We also cannot add faith in Jesus to our existing belief in mysticism, Jesus plus reincarnation or to our rock solid belief in money as the source of our security in life and expect to end up with a strong building.  A shaky unstable foundation will doom even the most laboriously built structure.

Jesus speaks of building in Matthew 7:

24 “Therefore whoever hears these sayings of Mine, and does them, I will liken him to a wise man who built his house on the rock: 25 and the rain descended, the floods came, and the winds blew and beat on that house; and it did not fall, for it was founded on the rock.

26 “But everyone who hears these sayings of Mine, and does not do them, will be like a foolish man who built his house on the sand: 27 and the rain descended, the floods came, and the winds blew and beat on that house; and it fell. And great was its fall.”

Interestingly, Jesus had just gotten done speaking with the disciples about false prophets and those who will be rejected by Him on the day of judgment:

21 “Not everyone who says to Me, ‘Lord, Lord,’ shall enter the kingdom of heaven, but he who does the will of My Father in heaven. 22 Many will say to Me in that day, ‘Lord, Lord, have we not prophesied in Your name, cast out demons in Your name, and done many wonders in Your name?’ 23 And then I will declare to them, ‘I never knew you; depart from Me, you who practice lawlessness!’

There is only one pure foundation upon which we can build in order to enter into the Kingdom of Heaven, Jesus Christ.  Without this under girding our life, we will be left meeting face to face with a Lord that we never knew in this lifetime to be judged on our own merits.

The second fundamental point is contained in what is not said – “if you build”.  Paul jumps straight into instruction on how to build.  Each one of us is building something in this life, the very fact of existing means we are building.  Our work in this world will be a monument and the question is who that monument is dedicated to – us or God. We all attest every single moment of every day who we are working for and why we are doing things.  Is it for me and my comfort, needs, beliefs and general self or am I working for God and His Kingdom?

As Paul puts it, what we build will be something for the eternal stage, made of precious stones or something that is temporary to be flashed around for now like cheap jewelry, flashy and shiny but ultimately worthless.

When Jesus talks about the many who will say to Him “Lord, Lord, didn’t we do this and that for you?” this difference in building materials is what Jesus is pointing to.  Though the many may say that they were doing things for Jesus, in fact since they never knew Jesus they were doing no such thing.  They were building their own kingdoms out of wood, hay and straw and demanding that Jesus respect that work.

Their problem was that Jesus is no respecter of the works of man.  He is God after all.  When John sees Him when he is having the vision from Revelation 1, he describes Jesus as having eyes like fire.  Those eyes are not tricked by the works we do in our own flesh, for our own egos and gain, that we say are done in Jesus; name.  Those eyes of fire will burn away all things false, all lies and everything that is not truly done for Jesus, leaving those saved without anything built on this earth singed but grateful and those with no foundation in Jesus ordered to depart.

There is no other foundation than Jesus upon which we should be building.  If we have Jesus plus anything in our lives let us repent today and reset – then go out and serve our King.