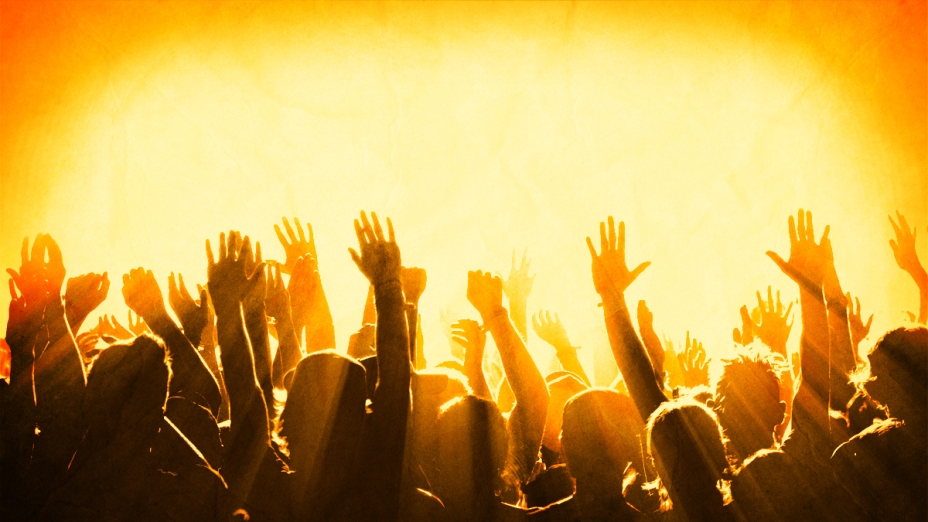 My wife and I were looking for a new church after our prior church went through some changes that were not so biblical.  We researched a large number of churches and began to visit them on Sundays to check them out.  Our friends from the prior church invited us to their new church that they were super duper excited about — we just HAD to come and check it out, it is just the greatest thing EVER!!!! They were excited and that was a good thing so we were also excited to find someplace to call home.

Upon arrival we noticed the giant choir and the ornate church building and thought, well that is not exactly my style but if everything else is solid we can live with that.  When worship started it appeared that my preference against a choir, admittedly just a preference, really could be overcome as the choir was very good and they sang music that glorified Jesus and that I could sing.  If you ever have looked for a church, you know just how desperate you can get — please just give me a place that teaches the Bible where I can fellowship, I don’t care if they worship through Reggae – I just want to stop looking.

So I was happy to be singing along to Jesus songs with other saints worshipping the Lord when I hear the lady behind be beginning to speak loudly to herself — I thought it was in Spanish.  Why in the world is that lady having a Spanish conversation with herself, I ask myself?  Then the guy in front of me starts a separate conversation with himself in another language that sounded like muttering and I am all sorts of confused.

A middle-aged guy with a belly that looked like he was smuggling beach balls held in by suspenders then takes it upon himself to start running at full speed up and down the aisles round and round the church sanctuary.  All thoughts of worshipping Jesus are long gone as I listen to the people around me color commentate in strange languages on suspenders guys attempt at the 400 meter church sanctuary sprint record.  With my Catholic school background, I wanted to run faster than suspenders guy straight out of that church – in case you were not blessed with a Catholic school education, the one lesson that comes through very clearly is if it is different it is bad, very, very bad.

As I stared open mouthed, my wife leaned over to me and whispered (everyone else was talking why not, right?) “They are talking in tongues” – oh, ok I thought — doesn’t explain Usain Bolt, but at least there is a Biblical basis for what they were doing.  We settled down and stayed through the Sermon and met some really nice people who clearly love Jesus – including the Spanish speaking lady.  She was very sweet and they all talked about their walks with the Lord.  The people were loving and welcoming.  I could understand why our friends liked it here.

Based upon the people at the church we could have stayed and been convinced that what they were doing was a good way to grow in our faith.  Based upon my preconceived prejudices, different is from the Devil I tell you, from the Devil!!!!!, we could have run away screaming, always looking back to see if suspenders guys was gaining on us — that guy was freaky fast.

During the ride home we decided that we would do what every Christian is told to do when confronted with something in church that they don’t understand or that they don’t feel comfortable with — test it against the Bible.  If it holds up to the scrutiny, then ok it was just my prejudice, if it doesn’t, then there is something wrong with the practice.  What we found was frankly a mixture of the two in this case and seems generally how the church treats the gift of tongues these days.  Those who believe that there is a gift of tongues these days practice it in a way that is specifically prohibited by the Scriptures.

Paul repeatedly talks about the gift of tongues in the Bible, particularly in 1 Corinthians where he first talks generally about the Gifts of the Holy Spirit:

It is important to note what Paul is saying here.  There are a number of gifts, including tongues and that the Holy Spirit, God Himself is the one who distributes them to each person as God decides.  Not everyone has every gift and each gift is given to establish different ministries.

So the gift of tongues is given to one while the gift of discernment is given to another as God wills.  So despite the teaching present in some churches, the appearance of tongues or lack thereof does not have any bearing on whether someone is saved or not and is not an indication that a person is more or less spiritual.  It is just one of the gifts given out by our loving Father according to His plan.

As Paul goes on to explain in the same chapter, we are all part of the same body and each of the gifts are crucial to one another for the Body to work as well as God intended.  It is also worth noting here that there are many instances in the Bible where people are saved and there is no indication of tongues happening — the always trusty Thief on the Cross comes to mind.

Also the primary occurrences of tongues in the Bible are similar to the church at Pentecost in the Book of Acts — people speaking in known languages that they do not know in order to explain the Gospel, not just gibberish.  The hearers of the Gospel message delivered that day were from all over the Roman Empire and the Holy Spirit allowed them to hear the message in their own language through His work.

So given that there is a gift of tongues listed in the Bible the folks at the church could very well have been speaking in tongues.  But they still have a problem, Paul tells them not to do what they were doing:

18I thank God that I speak in tongues more than any of you. 19 But in a church meeting I would rather speak five understandable words to help others than ten thousand words in an unknown language.

27 No more than two or three should speak in tongues. They must speak one at a time, and someone must interpret what they say. 28 But if no one is present who can interpret, they must be silent in your church meeting and speak in tongues to God privately.

22So you see that speaking in tongues is a sign, not for believers, but for unbelievers. Prophecy, however, is for the benefit of believers, not unbelievers. 23 Even so, if unbelievers or people who don’t understand these things come into your church meeting and hear everyone speaking in an unknown language, they will think you are crazy.

32The spirits of prophets are subject to the control of prophets. 33For God is not a God of disorder but of peace—as in all the congregations of the Lord’s people

There is disagreement among God’s people about whether God’s gifts of the Holy Spirit stopped with the Apostles, but there is no debate that Paul is talking about tongues and gifts generally and stating that they must be used in a certain fashion.  In order, with interpretation and with the goal of uplifting and edifying the church, not personal worship or worse personal glorification.

The Holy Spirit never takes control of a person and forces them to act in some way, the spirit of the prophets are subject to the control of the prophets and certainly would never force someone to act in a way contrary to Scripture.  Galatians 5:22 — The Fruit of the Spirits is ….self control.  A house divided cannot stand and all.

So what my wife and I saw that day even though done by people who love the Lord and consistent with the longstanding tradition of that church cannot stand up to examination under the light of Scripture.  It is in fact exactly what Paul said not to do.

Though I was a believer at the time, I thought the people were crazy so I cannot imagine what a non-believer would think.  It also took all attention off of the Lord and placed it squarely on the individual worshippers, always a bad thing.

This does not mean that tongues is not a valid gift for today and that those people were not actually exercising the gift.  I personally believe that all of the gifts that are listed by Paul and expressed through the church in Acts are present and active in the world today.  Why, because the Bible says that the gifts are given for the benefit of believers and the church and never says that they are taken away.  Just look again at 1 Corinthians 12 above — there is no limitation present or implied on the Holy Spirit giving gifts to His people.

The verse that is often cited to claim that the gifts of the Spirit passed away with the writing of the Bible, when looked at in context clearly is not saying that: 1 Corinthians 13

Charity never faileth: but whether there be prophecies, they shall fail; whether there be tongues, they shall cease; whether there be knowledge, it shall vanish away. 9For we know in part, and we prophesy in part. 10But when that which is perfect is come, then that which is in part shall be done away. 11When I was a child, I spake as a child, I understood as a child, I thought as a child: but when I became a man, I put away childish things. 12For now we see through a glass, darkly; but then face to face: now I know in part; but then shall I know even as also I am known. 13And now abideth faith, hope, charity, these three; but the greatest of these is charity.

Yes, tongues will cease – everyone agrees with that, but the when is the important part.  When that which is perfect is come, when we no longer see through a glass darkly, but see face to face.  Who are we going to see face to face that is perfect and who makes all things perfect and complete?  Yup, when Jesus comes there will be no more need for tongues or prophecy or any of the gifts as we will be with Him in eternity.  This is the only time that we will not need the discerning of spirits because all bad spirits will be gone and we will not need prophecy because God will speak with us directly. Until then, they are all needed.

So though I have never spoken in tongue either in church or at home in private prayer, I do believe the Bible is clear that it is one of the many gifts God gives us as His Children through His Spirit.  At the same time, it is clear that the practices that surround tongues often violate the directions laid out in the Bible and the very apparent spirit behind the rules — Paul would rather speak 5 understandable words telling others the truth of Jesus than 10,000 unintelligible words.

One lifts up Jesus, the other points to self.

2 thoughts on “The Gift of Tongues – Is it for Today? Is it for Church?”