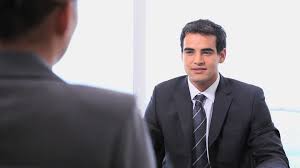 Interviewer Ananias:  So you want to join our company, what were you doing in your last position?

Interviewee Paul:  Well Sir, I spent the last few years, up until a couple of days ago actually, doing my best to destroy your company.  I even tried to go to Damascus and destroy the new branch office you have there.  I was really good at it too!  They compared me with a wild animal tearing at its prey.

Interviewer Ananias:  Ok, so I will write down that you are a real self starter.  How did you find out about our company?

Interviewee Paul:  Well, it’s an interesting story.  You see, I was holding the clothes of those who were stoning your former co-worker Stephen to death, stoning being hard work and all and I heard him talking.  Then as I was helping put other employees in jail, forcing them to betray the company and then having them killed they were all talking about how great the CEO of your company is, how you have great benefits particularly the company provided insurance and how I should apply here.  Then after I  purposefully ignored that for a while, goads stink BTW, while I was on the way to Damascus to get those workers I mentioned killed or jailed, I met the boss.  After He knocked me down and blinded me, He said I had the job!

Interviewer Ananias:  Great, you are hired!

I know it is kind of silly to think of the Apostle Paul sitting in a conference room presenting his resume to the Ananias, but the thought made me chuckle as I prepared a sermon on one of Paul’s Epistles – 1 Corinthians.    Paul starts out declaring that he is an Apostle by the will of God and he is doing so to establish his authority and his office as one of the Apostles to an unruly church.  He was showing the church in Corinth his resume setting out why they should listen to him.

I have interviewed a lot of people in my tent making career, but I don’t think I could have ever been prepared for interviewing someone as ill suited for the position offered as Saul of Tarsus if it was just based upon worldly wisdom.  His resume boils down to “because God chose me”. I should be an Apostle because God chose me to be one, despite the details of my life before that selection.

Why?  Before the Damascus Road experience where Paul meets Jesus, Paul was perhaps the last person in the world who should have been chosen to fill the position of Apostle.  It would be like asking Osama Bin Laden to fill in as Prime Minister of Israel for a while, based upon logic and history it is just not going to end well.  But God picked Paul and made him His chosen vessel to use for the remainder of his lifetime.  It went swimmingly, converting thousands, because of God….not Paul and his qualifications.  It was God’s choice, God’s plan, God’s mission and God’s power that carried it out, not Paul.

Do you feel called by God to do something in God’s Kingdom but feel unqualified?  Do you feel worthless in your church, like you can’t do anything and have nothing to add?  If the answer is yes, then answer this – Have you been out trying to destroy your church and killing Christians and forcing them to renounce Jesus’ name?  No, good then you are already a better candidate for Christian service than Saul of Tarsus on the Damascus Road before he met Jesus — You are hired!

God chose you for a purpose just like He chose Paul.  His choice, His plan, His purpose.  He is never, ever wrong.  He will never say,”Wait a second, I did not realize that Bob had cheated on his taxes or stole office supplies when I died for him — can I take this back?”  He chose you, warts and illicit staplers and all.  Now, do you trust God in His choice to provide His power to get His results, despite doing it through a lump of clay?  You are enough “because God chose you”.  It is the One who called that is important not the one who is called.  Understanding and remembering this is the key to our every step in faith.

2 thoughts on “The Apostle Paul’s Job Interview: Service is about the One Calling, Not the Called.”